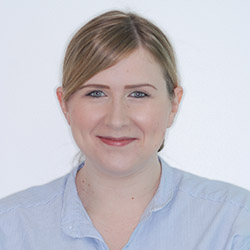 After qualifying from Dental School Melissa gained a highly sought after two-year postgraduate training position in the North East of England, allowing her to gain experience in both general practice here at Marton Dental Practice and more advance cases at Newcastle Dental Hospital.

Earlier this year Melissa attended the internationally renowned ‘Dr Bob Khanna Training Institute’ where she underwent training to provide a range of anti-wrinkle injections and dermal filler treatments. In November of this year she will be attending the International Academy of Advanced Facial Aesthetics Conference to further her knowledge and skills in Advanced Facial Aesthetics and in December she will be attending a Lip Filler Masterclass course at the Royal College of General Practitioners in London with Dermamedical.

In her spare time Melissa enjoys playing Netball as well as eating out and socialising with her partner and friends.

Please note we may record calls for training purposes.

Follow Marton Dental online and keep up to date with our latest news and special offers:

Need Help? Chat with us
Start a Conversation
Hi! Click one of our member below to chat on Whatsapp
The team typically replies in a few minutes.
Marton Dental